(September 30, 2014 )
Campbell Heights is an industrial oasis for developers and if so what are the direct and indirect benefits to home and property owners in the region?

Central Metro Vancouver location, key transportation links are continuing to lure significant industrial tenants which transaltes to local jobs and an increased tax base which is a win, win for local area residents.
Surrey’s attractiveness as a fast-growing city with strong transportation links and a relatively central location within Metro Vancouver is luring industrial tenants to its Campbell Heights neighbourhood. Our real estate team at The BC Home Hunter Group are intimately aware of all noteworthy developments in the GVRD and know the Campbell Heights and Campbell Valley areas extremely well. Our clients have and will continue to benefit from our expertise in these regions.
The most recent major transaction in that area is Hopewell Development agreeing to buy 38 acres of agricultural land from a private farmer. Hopewell’s executive vice-president, Murray DeGirolamo, told Business in Vancouver that the corporation has reached a “firm” deal to buy the land. Closing the transaction is contingent on the City of Surrey agreeing to rezone the land for industrial use.
Hopewell will have a development permit application in the works in tandem with its rezoning application so that once rezoning happens – likely by mid-2015 – construction can start immediately, DeGirolamo said. 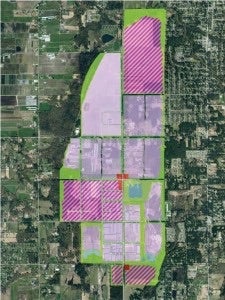 Occupancy in the first of four 200,000-square-foot buildings would then be possible by spring 2016.
“The property is currently zoned agricultural but is not in the Agricultural Land Reserve,” DeGirolamo explained. “It’s dedicated in Surrey’s official community plan as industrial, so there’s just a process that we have to go through.”
When B.C.’s then-NDP government created the land reserve in 1972, Surrey successfully lobbied to exclude the 1,900-acre Campbell Heights region, arguing it needed the land for future growth, including the development of light industry.

So far, only 250 acres have been developed while another 250 acres are being rezoned, serviced and sold by Surrey City Development Corp.

Companies such as furniture manufacturer Corporate Images, sheet-metal cutter Tri-Metal Fabricators and calendar printer Linmark Publishing were some of the first to move to Campbell Heights, in the early 2000s.

“We’ve built about six buildings in the past six years,” said Todd Yuen, who is president of BDG’s industrial division. “They’ve ranged in size from about 40,000 square feet to 100,000 square feet.” 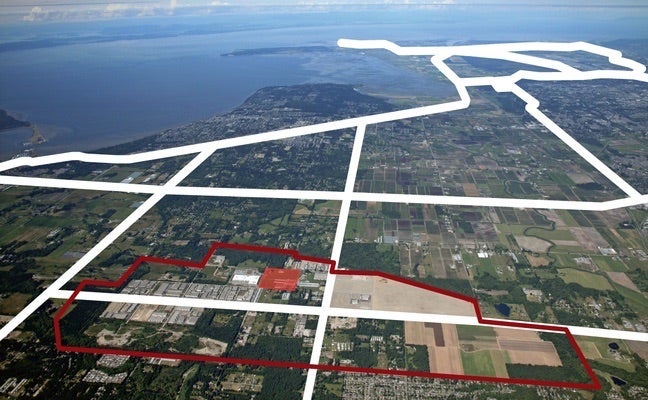 Beedie still has nearly 50 acres of undeveloped land in the area and has submitted a development application to the city for projects on 15 of those acres, Yuen said.

Loblaw Companies Ltd. is the largest tenant in Campbell Heights, operating a custom-built 420,000-square-foot western Canadian distribution centre. Other businesses in the area that occupy more than 100,000 square feet include OK Tire, Advanced Wire Products and Tulsa Winch Group, said Avison Young vice-president Michael Farrell.
“These warehouses don’t just service the city of Surrey,” Farrell said. “They’re built on a larger scale than that. The U.S. border is immediately to the south – you’re almost on the border. So, if you’re bringing product to and from the U.S., it’s very convenient.”

Hopewell’s multi-phase plan is to build four buildings that are each about 200,000 square feet, although larger buildings are possible if a tenant wants to have a custom-built massive warehouse. 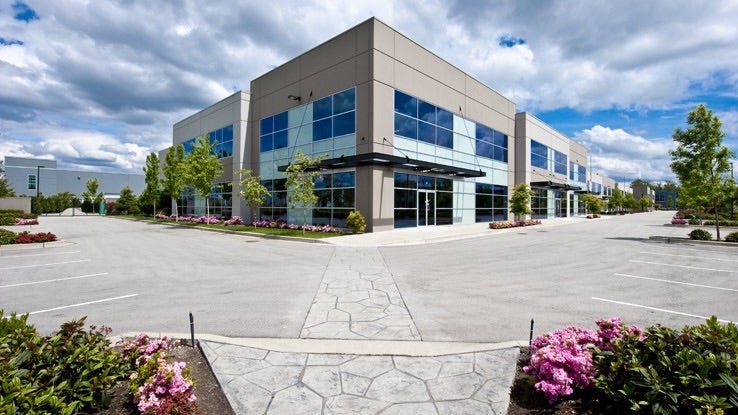 “It’s been a habitual issue in Vancouver that land supply is constrained,” DeGirolamo said. “So, for a developer looking for a greenfield development site of scale, to find 38 acres in Metro Vancouver is next to impossible.”

He believes he will have little problem finding tenants because there is continual pressure for tenants to move east, spurred by lower lease rates and more available options.

Hopewell is one of Canada’s largest developers, having developed and sold more than 14 million square feet of space since it was founded 19 years ago.

Its biggest project in Metro Vancouver is its Hopewell Distribution Centre in East Richmond – a four-phase development that is now 80% complete and will eventually have about 1.68 million square feet.

“The Hopewell Distribution Centre is the largest speculative development ever to be built in the Lower Mainland,” DeGirolamo said.
If you currently own any property anywhere in Metro Vancouver, the Fraser Valley or west coast and require professional real estate advice or representation don't hesitate to contact our team any time, 604-767-6736.