Metro Vancouver & Fraser Valley Traffic - Where Should You Live?

(September 19, 2014 )
The Truth About Real Estate - Metro Vancouver & Fraser Valley Traffic - Where Should You Live?

Have you ever sat in bumper-to-bumper traffic ANYWHERE in Vancouver and the GVRD, clenching your teeth and cursing the political and social engineering induced gridlock? Perhaps there might even be a timely protest in rush hour or heaven forbid yet another real estate development causing congestion?
You might be convinced your city has the worst traffic in the country and the worst political leaders. But unless you live in Vancouver, you haven’t got it as bad as some.

A new study by highly respected global GPS products maker TomTom finds that Vancouver has the worst traffic in the country. Like we didn't know that already.

Unless you’re living the west coast’s hipster lifestyle in Vancouver, don’t drive or own a home, business or live under a rock you know what we mean and you’re paying for the privilege.
In Vancouver, the average commuter experiences 87 hours of delay time a year, based on a 30-minute daily commute. That’s more than three entire days spent inching along in stop-and-go traffic, every year.
Vancouver has a congestion percentage of 35; that means that it takes 35 per cent longer to get from Point A to B in peak traffic times than it does during non-congested periods. 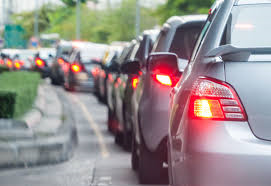 Jocelyn Vigreux, the president of TomTom North America, says the company is able to paint an accurate picture of traffic in Canadian cities by using GPS data.“We've been collecting driver data since 2007 and now have the world’s largest database of actual measured speeds on the road network using something like 10 trillion data points.”
Another interesting finding from the study: short cuts don’t work. TomTom’s study found avoiding highways and using secondary roads is usually a waste of time, typically adding 50 per cent more travel time to journeys. So, all of those turnabout’s, bicycle lanes and various engineering fiascos only further aggravate all traffic flow issues. 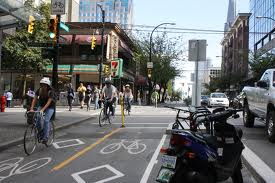 And if you want to know which city has the worst traffic in the world that dubious honour goes to Moscow. The Russian capital has a congestion percentage of 74. Istanbul is not far behind with a congestion percentage of 62. Ask yourself, how on earth did our emerald city, sitting on Canada’s west coast ever get lumped into the same group as Moscow, Istanbul and Los Angeles?
The study is math and though we sometimes might not like math it’s not wrong and won’t lie to you.
Other factors that were not taken into consideration are:
Aggressive fines, AirCare, bridge tolls, every manner of tickets, overpriced gas and diesel fuels, overpriced insurance, countless hidden driver levies and costs, shame the driver campaigns, hundreds of millions of tax payer dollars spent on bicycle lanes that will only further increase traffic issues by approximately 19%.
The hundreds of billions of capital infrastructure dollars spent on costly designed mass transit will do little to combat the ever growing wave of traffic insanity, road rage, congestion, travel times and continue the cycle of bloated government bureaucracy social engineering that tax payers will pay for generations to come.

Whether your a Vancouver or Fraser Valley Home Hunter or anywhere else in B.C. our passionate real estate team members at THE BC HOME HUNTER GROUP love our beautiful British Columbia and the communities we all call home.
You have our guarantee that we will always bring you The Truth About Real Estate. Call our team with any of your Metro Vancouver or Fraser Valley real estate questions any time, 604-767-6736.
blog comments powered by Disqus