SURREY, BC – The Fraser Valley Real Estate Board’s Multiple Listing Service® (MLS®) processed 1,668 sales in June, an increase of 26 per cent compared to the 1,327 sales in June of last year and 2 per cent higher than sales in May. In terms of historical comparison, last month’s sales finished 7 per cent below the 10-year average for June with the previous best June occurring in 2010.

Ray Werger, President of the Board, says, “Recent news reports indicate that consumer optimism about real estate is at its highest level in a number of years and we’re experiencing that at the ground level.

“Over the last three months, we’ve seen a surge in demand specifically for single family homes and townhomes in most of our communities. Our number one buyer is families with children and they’re taking advantage of ultra-low interest rates combined with more affordable, stable prices in the Fraser Valley.” 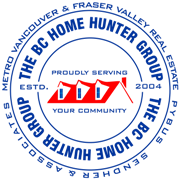 In June, the benchmark price, as determined by the MLS® Home Price Index (MLS® HPI), of a ‘typical’ residential home – detached, townhouse and apartment combined – was 1.3 per cent higher than June of last year. For the single family detached home, the HPI benchmark price in June was $568,600, an increase of 3 per cent compared to June 2013 when it was $552,200. This is a record high benchmark price for detached homes since the MLS® HPI began in January 2005.

Werger adds, “We’re essentially seeing two markets right now, so it’s important to get advice dependent on what you’re listing or buying. Competitively priced, mid-range single family homes are being snapped up quickly, on average in a little over a month, whereas condos and higher-end, executive homes in our region are taking as long as three months on average to sell. Talk to your REALTOR® to find out where you fit.”