(February 08, 2018 )
Welcome to another BCHH truth about real estate blog posting. Not an hour seems to go by but one of the 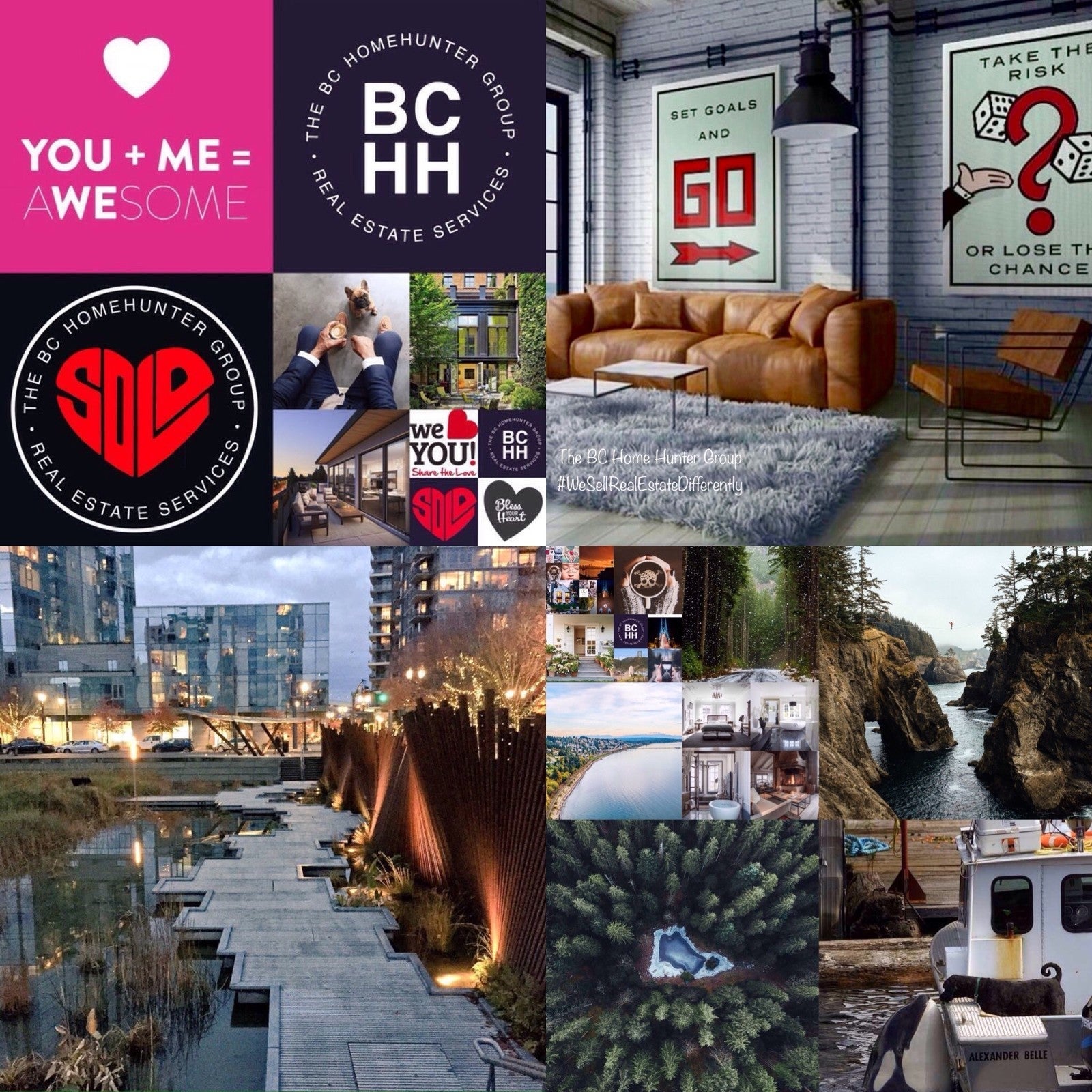 ountless far left Vancouver "news" media talking heads out and out attacks anyone involved in real estate, building or development. As your purveyors of BC real estate facts, not fiction here we go again folks:
The far left NDP/Greens/Moonbeam/radical leftist NGO coalition loves to turn the real estate market into ‘us and them’ which would be a costly mistake for our economy. Another example is the current oil/wine debacle perpetrated by the NDP and usual suspects as they shove their far left agenda down tax payers throats.
When it comes to housing, it’s not just about us and them.

Many believe that the recent rise in housing prices in Canada was fuelled, to a large extent, by foreign homebuyers (them) and not by Canadian residents (us). However, such divisive binaries do not explain all the forces at play.

A recent analysis of mortgage issuance by the CMHC revealed that the participants in housing markets in Canada involve not just us and them, but also two additional cross-over cohorts.

In addition to permanent residents, the CMHC broke out data for non-resident owners (NROs), a broader category than just foreign buyers which also includes Canadian nationals who have settled abroad, and non-permanent residents (NPRs), which comprises international students and temporary workers who live in Canada and thus contribute to our economy and society.
A breakdown of NPRs revealed that in 2015 almost 52 per cent were students and 46 per cent were temporary workers, with the number of the former having doubled to 353,355 between 2006 and 2015.

The NPR contribution to population growth is even more pronounced among younger cohorts. For the period 2004-2015, NPRs accounted for 46 per cent of the growth in the 18-44-year-old demographic in Vancouver. Their share in the growth of younger cohorts stood at 42 per cent in Montreal and 28 per cent in Toronto. 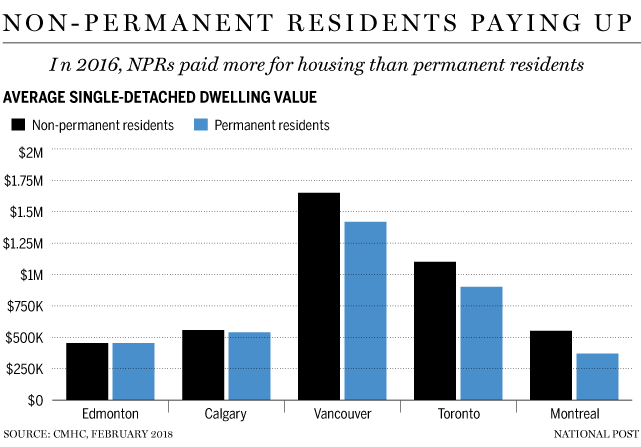 The role of NPR homebuyers is even more pronounced among those under 25 years old, who are more likely to be students in Canada than temporary workers. NPRs accounted for 10 per cent of all mortgages issued in 2016 to those under 25 in Vancouver and Toronto.

The past year has witnessed a sudden and significant increase in the number of international students applying to Canadian universities and colleges. The University of Alberta, for instance, has experienced an 82 per cent increase in applications from international graduate students.

Many experts believe this to be a response to the tightening of immigration regulations in the U.S. and a reaction to the rise of ultra-right-wing movements in Europe that has made Canada more attractive to international students.

Over the past few years, provincial governments in British Columbia and Ontario moved to combat rapidly escalating housing prices by targeting punitive taxes at foreign homebuyers. A further tightening of mortgage regulations also occurred at the same time, thus slowing house price escalation and reducing the number of transactions.

While foreign homebuyer taxes target non-residents, NPRs are essentially exempted since they can ask for a rebate later after satisfying residency requirements. And while most NPRs rent, a large number do purchase housing. The mortgage data from the big five banks reported by the CMHC suggests that NPRs account for a larger share of mortgages than do NROs.

A knee-jerk response to the CMHC report might be to consider eliminating exemptions for NPRs from taxes on foreign home buyers. That would be a mistake.

Anything that dissuades international students from coming to Canada — and staying after they graduate — could have a significant knock-on effect on the economy.

Those students, after all, are helping to staff the science and engineering labs that are driving innovation at Canada’s universities and in the technology sector, and are a big part of the appeal of Canada to tech giants such as Google and potentially Amazon.

Reducing things to “us and them” could be costly indeed.
There you have it folks, now if by chance your considering the sale of your home or even buying one, don't hesitate to contact Mandeep Sendher and our BCHH real estate group anytime, 604-767-6736. 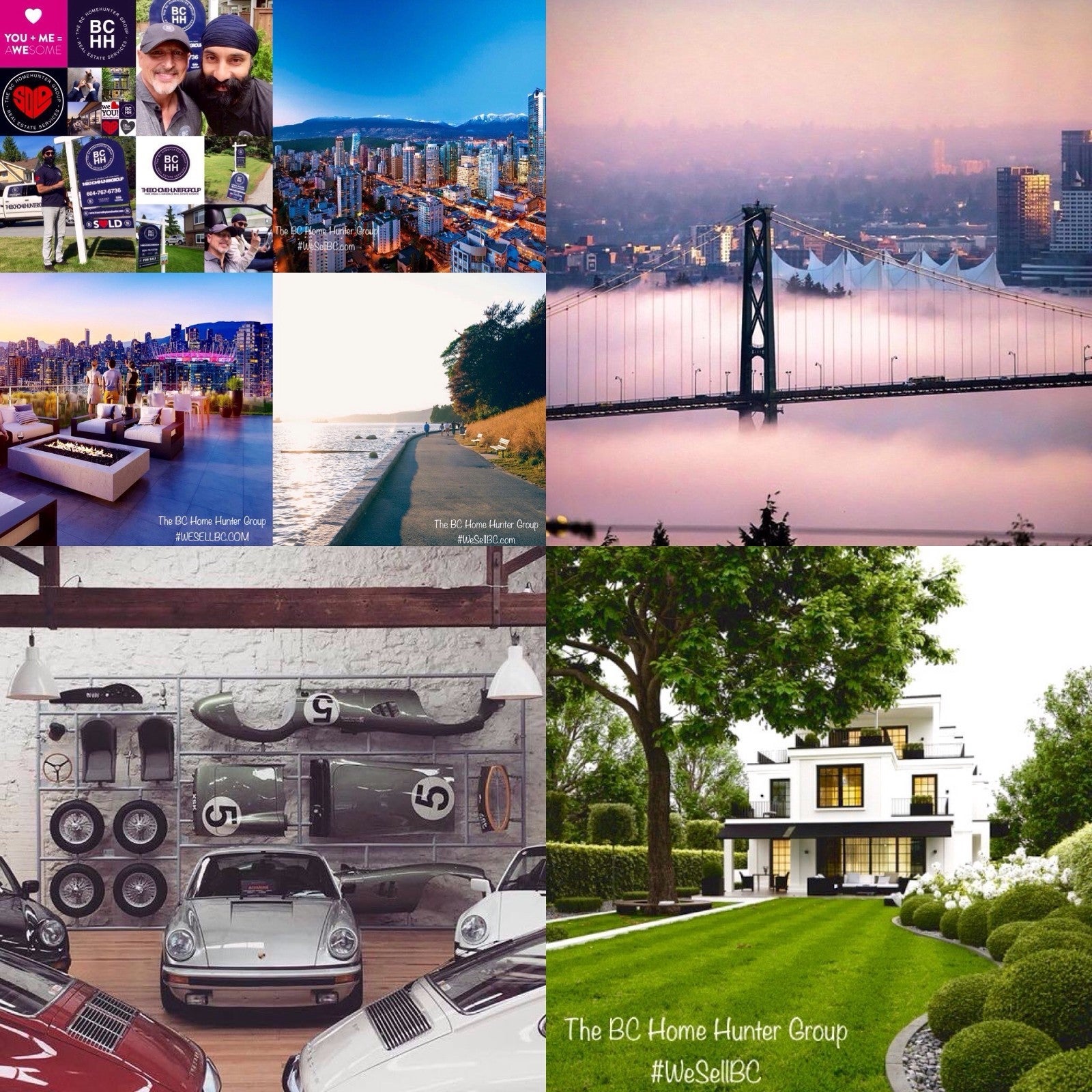