While investors and pundits everywhere held their collective breath last Wednesday as they waited to learn whether the U.S. Federal Reserve would raise its short-term policy rate (called the “funds rate”) above 0% for the first time since December 2008.
Our real estate team at The BC Home Hunter Group BCHH continued to calmly advise our buyers and sellers to relax but lock into our historically low interest rates for the long term.

The Fed funds rate is the single most important interest rate in the global economy. It is the Fed’s main monetary policy tool for controlling U.S. inflation and growth rates because it serves as the base rate on which all other U.S. interest rates are priced, either directly or indirectly. Our in house real estate analyst, Robert Pybus, forecast in 2004 the tumulteous collapse of what he calls, the "no house left behind" social engineering of the U.S. housing market. Eleven years later every single prediction and forecast has been spot on with uncanny accuracy, just ask our ecstatic clients who have all benefited dramatically.

Given that the Fed funds rate has a profound influence over the U.S. economy, which, along with China, has been the world’s main economic growth engine for decades, and given that bond yields in many other countries are significantly influenced by U.S. bond yields, any change in the Fed funds rate initiates a cascading impact that permeates throughout the global economy.

This impact is keenly felt here in Canada, where our Government of Canada (GoC) bond yields have moved in lock step with their equivalent U.S. treasury yields since the start of the Great Recession. This is why anyone keeping an eye on Canadian fixed mortgage rates should keep a watchful eye on the Fed’s policy guidance. Don't forget there is a Presidential election in 2016 and that always has an affect on the bond market.
The continued improvement in U.S. economic data, including a significant increase in home sales and starts, has convinced many investors that the Fed will finally start raising its funds rate at some point in 2015 and the Fed has, at times, helped foster this view through its carefully worded ongoing commentary. But does the Fed really want to raise rates, or does it just want to plant enough concern in investor’s minds to dissuade them from making risky, speculative bets based on a lower-for-longer view that might ultimately threaten the stability of the U.S. financial system? After all, this isn’t the first time since 2008 that markets have expected the Fed to raise the funds rate, and each time, at the eleventh hour, the Fed has stayed its hand and instead, adjusted the targets it uses to determine when monetary policy tightening will be appropriate. (The Fed is not only in charge of the interest-rate ball … it also owns the goal posts.) 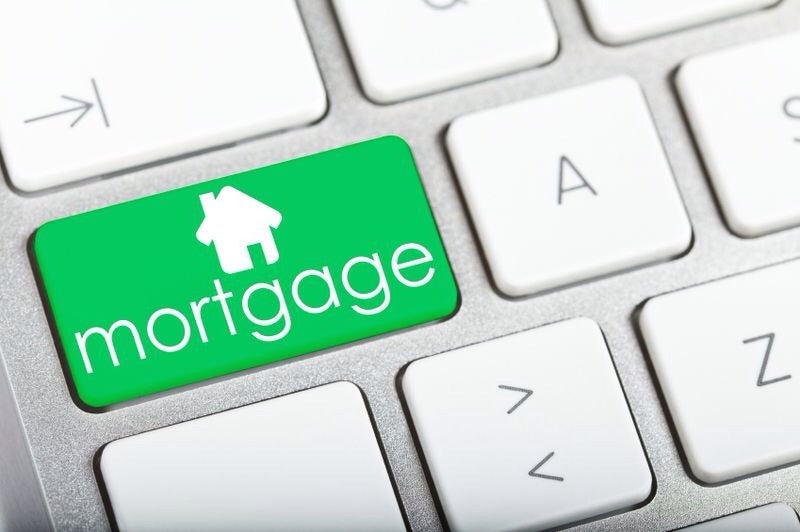 Again last week, the Fed left its funds rate unchanged, and when we read Fed Chair Yellen’s most recent post-meeting press conference commentary we continued to find plenty of hints that the Fed has no plans to raise its funds rate for as long as it can delay and still maintain its credibility. The Bank of Canada won't be raising our rates to any "degree" any time soon.

Here are some examples of Fed Chair Yellen’s comments that lead me to that view (with our comments in italics):

“The first increase in the federal funds rate will be appropriate [when the Fed’s policy rate committee] … has seen further improvement in the labor market and is reasonably confident that inflation will move back to its 2 percent objective over the medium term”. At the start of the Great Recession the Fed focused almost entirely on the U.S. employment data, but as it has improved, the Fed has shifted its emphasis to inflation, as measured by the Consumer Price Index (CPI). The U.S. CPI fell by 0.2% last month, marking the third decline in the last four months. Thus, the Fed’s renewed emphasis on its 2% inflation target gives it plenty of cover to avoid tightening policy even if the U.S. employment data continue to improve.

“Some cyclical weakness in the labor market remains: The participation rate remains below most estimates of its underlying trend, involuntary part-time employment remains elevated, and wage growth remains relatively subdued. So, although progress clearly has been achieved, room for further improvement remains”. The Fed is sowing some doubt in the prevailing view that the U.S. labour market is close to returning to full health.

“While the Committee views the disappointing economic performance in the first quarter as largely transitory, my colleagues and I would like to see more decisive evidence that a moderate pace of economic growth will be sustained”. By emphasizing the need for “decisive evidence”, the Fed is giving itself plenty of latitude to hold off on rate rises even if and as new economic data show that the pause in U.S. first-quarter economic momentum was transitory, as is widely believed.

“The United States has very limited direct exposure to Greece … but to the extent that there are impacts on the euro area economy or on global financial markets there would undoubtedly be spillovers to the United States that would affect our outlook as well.” The Fed is reminding investors that its policy decisions will factor in the risk of financial instability in other parts of the word. While Greece is the current hot spot for potential instability, the Fed can just as easily insert Italy, Spain, Japan and even China into the above phrase to continue using “spillover” threats as justification to further delay funds rate rises.

In a sign of just how cautious (and nervous) the Fed will be even when it eventually does tighten monetary policy, Fed Chair Yellen added the following reassurances:

“The stance of monetary policy will likely remain highly accommodative for quite some time after the initial increase in the federal funds rate”. Even when the Fed does finally raise its policy rate, it wants markets to plan for a much slower pace of increases than would otherwise be expected at the outset of a traditional monetary-policy tightening cycle.

“Even after employment and inflation are near mandate-consistent levels, economic conditions may, for some time, warrant keeping the target federal funds rate below levels the Committee views as normal in the longer run” and “economic conditions are currently anticipated to evolve in a manner that will warrant only gradual increases in the target federal funds rate”.
The Fed is cautioning investors that it might keep the funds rate lower than the economic data would imply that it should and is warning them not to overreact to continued improvement in U.S. economic momentum. We guarantee the U.S. unemployment rate is much worse than disclosed by the current administration say's it is. We also guarantee the U.S. debt incurred by the current administration is criminal and will have a monumentally negative impact on our wonderful neighbours to the south for generations to come.

The Canadian government have indeed been very quick to over regulate or control our CMHC mortgage qualifications and have instituted many conservative regulations designed to keep the Canadian real estate market as stable as possible.
That has not impeded the B.C., Alberta or Ontario markets or offshore investors. It has however gone a long way to show the international communities we have an incredibly stable banking sector and are a terrific choice for their valuable investment dollars.
Now let’s put the Fed’s most recent commentary in a Canadian mortgage-rate context.
Bank of Canada (BoC) Governor Poloz has repeatedly said that the BoC expects to delay its first overnight rate increase until well after the Fed begins raising its funds rate. This means that the Fed’s first rate hike will act as a kind of distant-early-warning-system which should give our well informed variable-rate borrowers plenty of lead time to prepare for rate rises here at home.

Furthermore, if investors believe that the Fed will adopt a cautious approach when it does finally start to tighten monetary policy, this should help keep U.S and Canadian bond yields in check, and in so doing, prevent our fixed-mortgage rates from spiking as part of a market over-reaction.

In summary, the Fed’s cautious commentary should help maintain the status quo and allow the U.S. recovery to continue on its current trajectory. Over the past seven years of this recovery, we have seen the Fed warn markets that interest rates will not stay at ultra-low levels forever when it perceived that investors were becoming complacent about rate risk, and conversely, to emphasize that it will take an exceedingly cautious approach to policy tightening when markets signal a belief that U.S. rate rises are imminent.

Thus, the Fed is using its guidance to balance investor sentiment like a see-saw, making adjustments each time its delicate status-quo balance tilts either direction. With expectations of the Fed’s first rate hike now pushed farther off into the future, that balance appears to have once again been restored.

Five-year variable-rate mortgages are available in the prime minus 0.65% to prime minus 0.80% range depending on the terms and conditions that are important to you.

The Bottom Line: The Fed used its latest market commentary to counteract the belief that it will begin tightening monetary policy in the very near future. Instead, it emphasized that it will use caution when timing its first rate increase and also when determining the extent and duration of its overall tightening cycle. This approach implies that both our fixed and variable mortgage rates should remain at or near their current levels for some time to come.
We hope this has helped you be better informed as to the direction of our countries interest rates and continued economics. If you or anyone you know is considering the purchase or sale of any real estate don't hesitate to call, text or email our team anytime, 604-767-6736.