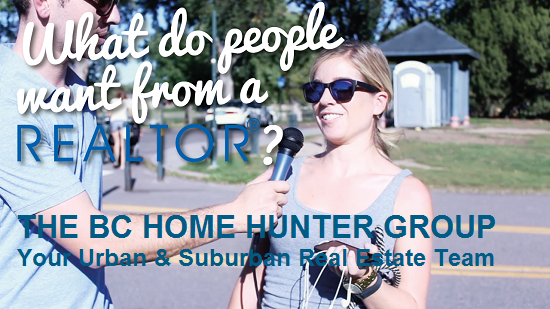 As our clients and industry partners already know, our urban and suburban real estate team at THE BC HOME HUNTER GROUP have no competition when it comes to our marketing, market analysis and client services. We have been forecasting the real estate market minutia and micro market movements for decades.
Now the numbers are once again showing that we were ahead of the curve again, all of which allows our clients and industry partners to be steps and in many cases years ahead of the competition.
Vancouver's real estate market appears to be heating up again, but this time real estate agents say the bidding wars are spreading to the suburbs as well. Example number one, last month the North Shore had 50 listings under $1.2 million, of those, 40 sold and most in less that 8 days. Keeping in mind that, as we forecast, the detached market list and sell ratio is making the condo market numbers look very poor indeed and will continue to do so.
According to Greater Vancouver Real Estate Board president Ray Harris, there were 14 per cent fewer properties listed for sale across the region this past January when compared with January 2014.

"This is creating greater competition amongst buyers, particularly in the detached home market. The number of detached homes listed for sale today is the second lowest we've seen in four years," said Harris.
Falling rates and inventory:

"The drop in interest rates by the Bank of Canada and sort of what that's led to in the mortgage market, are getting a lot of people to decide 'Gee, we better start buying now rather than wait six or nine months.'"

Our real estate team have seen that "abnormal" activity in most of the suburban areas, including Burnaby.

But Somerville cautioned those who are thinking of jumping into the market not to move too quickly.

"My general feel is that the more you panic around house purchase, the less happy you'll be in the long run. Because fundamentally whatever drives your purchase, you're going to be in that house for a while, and the most important thing is really how much you like where you're living and what you're living in," he said.

The "rise of the burbs" fundamentals are in place and our continued long range forecast for massive growth of all kinds in the Fraser Valley for the next several decades is solid. We are continuing to see Fraser Valley cities such as Maple Ridge, Pitt Meadows, Langley, South Surrey, Surrey and Abbotsford transition and grow with an influx from all areas.
Continued jobs growth in those cities, low taxes, school expansion, amenities, shopping and recreation will allow those areas to flourish as Vancouver slowly becomes a suburb to "the valley" much to the chagrin of the urban planners and social engineers at city hall.
Whether your considering buying, selling or just have some questions don't hesitate to call or email our passionate team of real estate industry professionals any time, 604-767-6736.