That’s up 8.1 per cent from a year ago and more than 27 per cent in the last five years and comes at the end of a year of hot sales of Vancouver area real estate.

The composite benchmark price for all residential properties in Metro Vancouver ends the year at $638,500, but that’s much higher in parts of the city, such as West Vancouver, where the composite price is $1.6 million.

In Greater Vancouver, Burnaby North, Burnaby South, North Vancouver and Richmond, the average price of a detached home is over $1 million.

“Detached homes continue to be the most sought after property type in our market,” Ray Harris, president of the REBGV, said in a news release. 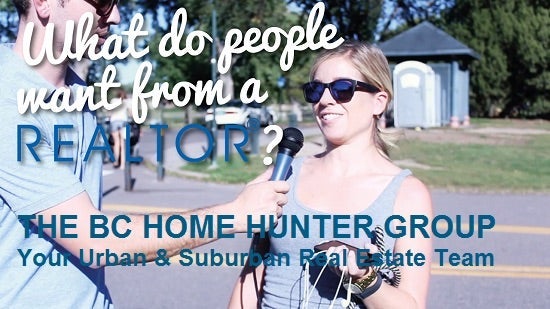 “Detached homes in Metro Vancouver have increased 8.1 per cent in value over the last 12 months while townhome and condominium properties have increased 4.5 and 3.5 per cent over the same period,” he added.

Some industry experts are predicting home prices in Vancouver will rise 3% in 2015 while the inventory of single-family homes is at a record low and demand continues to climb. Our real estate team believes there will be neighbourhood by neighbourhood variations of increases with some as high as 8+%.


The age old axiom of "location, location, location" remains true. However, as we stated in previous reports, the lower mainlands obsessive and compulsive attitudes surrounding all things real estate combined with horrific traffic congestion, transit, over taxation and political pet projects make that location more significant than every before.

Across Canada, the general forecast is a 2.5 per cent increase in house prices with most cities to see the average sale price remaining stable or rising only modestly.

Canada’s other hot market, Toronto, could see prices soar by four per cent, it predicts.

Housing demand is being supported by steady employment and immigration, while our GDP is expected to grow another 2.5 per cent in 2015. Provinces such as Ontario face the highest electricity costs and highest debt in North America all of which could drive businesses and investors to the prairies and our own beautiful British Columbia.

This is mitigating the effects of higher inventory, which many markets have been experiencing due to increased development.

Historically, low interest rates have helped sustain demand and the prospect of an interest rate hike later in 2015 could potentially mean a spike in real estate purchases as prospective home owners snap up homes ahead of a very small rate hike. Our real estate team at THE BC HOME HUNTER GROUP are guarded in agreeing with the traditional forecasting of others. The lower mainland's offshore investors are not affected so much by our interest rates as they are by global market affects.

If you are considering the purchase or sale of any real estate don't hesitate to call or email our real estate team any time to discuss your questions or concerns, 604-767-6736.