One word, undervalued. The Maple Ridge (and neighbour, Pitt Meadows) is still undervalued. Our real estate team members at THE BC HOME HUNTER GROUP have been directing clients to the region for over a decade and they have all been rewarded with an excellent quality of life and significant equity gains.

Greatly improved access, a pro-business and pro-family values attitude as well as tax breaks and an under serviced market have driven real estate values.

An active town centre emerging in downtown Maple Ridge: housing costs are among the lowest in Metro Vancouver and the Fraser Valley.

We remember trying to give directions for getting to Maple Ridge, one of B.C.’s largest municipalities, from the U.S. border to out of area realtor's and clients alike. Now the region is definitively on the map.
Prior to the Golden Ears Bridge and connector, the city’s manager of economic development explained, it was all about the size and type of vehicle, ferry schedules or, more likely, recommended detours through Mission or Coquitlam.

Now, of course, it is a straight, 30-minute drive from the border to the Trans Canada and across the new Golden Ears Bridge into Maple Ridge and Pitt Meadows, or Ridge Meadows. Gone, too, is the infamous bottleneck at Pitt River, where a new multi-lane bridge was completed to cut the commute into the rest of Metro Vancouver.

But the old days of awkward access to Maple Ridge have left one legacy: real estate prices in the community of 85,000 remain among the lowest of all major Metro Vancouver and Fraser Valley municipalities.
For example, the median price of a detached house in Maple Ridge was $1.1 million 4 years ago, less than on the west side of Vancouver and $210,000 less than in Coquitlam, which is minutes away. The typical ’Ridge condominium apartment sells for $245,750, according to the Real Estate Board of Greater Vancouver – about $150,000 less than the regional average.
And in all cases, it is likely that the Maple Ridge home will be larger, and newer, than in most Metro areas. The prices and demand are climbing steadily and will continue to grow in 2015 and beyond. An all important aspect to the region’s future will the growth of localized employment. With the Evergreen line coming to Coquitlam and the West Coast Express servicing as far as Mission we are continuing to forecast epic growth.

“Maple Ridge is really undervalued by comarison.” The demand, however, has and will continue to drive prices higher.

The ending of the ferry that once carried lineups of cars and trucks across the Fraser River made the Albion area one of the hottest housing markets in the Lower Mainland, with a rush of new construction in an area once known for large lots, older homes and impatient ferry traffic. As we have stated in previous reports, the townhouse market in the Fraser Valley has seen significant growth in 2014 and we have already forecasted continued significant townhouse development growth.

The Alberta-based Real Estate Investment Network even named Maple Ridge the No. 2 location in which to invest in B.C. in the past.

Newcomers are often surprised at the park-like settings and the mix of rural ambience and big-city amenities.
“When people call us about this, they discover a whole world of information.” In addition to established industries of agriculture and forestry, Maple Ridge plans to grow in high-tech, multimedia, education and tourism. With Pitt Meadows, Mission and Abbotsford surrounding Maple Ridge the region is growing in influence as Vancouver proper will become a bedroom community to “the rise of the burbs.”

“The region is a prime location for investment in hotels, attractions and amenities.”
Incentives:

Growth of the city means opportunity in the downtown core, and the city’s economic strategies include increasing the density downtown by filling underused commercial areas and attracting more residential development. Included in this are some hefty tax incentives meant to attract fresh development.
For instance, the construction of a new condominium project of more than five storeys would trigger a two-year property tax holiday. Build it to green LEED standards, and the building could be allowed a further two years of tax exemption.

Maple Ridge is concentrating on downtown housing incentives, because “if you have residential, retail will follow.”

The plan is working: in the past 4 years, the city has accepted permit applications for thousands of new condominiums.

The downtown of Maple Ridge is centred at 240th Street around Lougheed Highway and Dewdney Trunk Road. The area is currently a blend of funky old and newly chic, which one Vancouver observer called a “mix of Commercial Drive and South Granville.”

However, the aim is to develop the core along the lines of Newport Village in Port Moody, a successful mix of highrise condos, up-scale retail and new amenity buildings.
Right now, the community plan to “jump-start” core development has been a resounding success, which may mean expanding the tax incentives, geographically.

The city has also invested heavily in infrastructure, with over $5.6 million spent on sewers, water lines and fibre-optic links, as well as more visible paving and streetscapes in the Town Centre.

The ’Ridge’ area industrial vacancy rate is about 5 per cent, according to Cushman Wakefield Lepage, but no new warehouse construction is under-way.
Land prices are among the lowest in the region, with an acre of serviced industrial, approximately half the price of Burnaby or Coquitlam. Since the Golden Ears Bridge opened, industrial land prices in the Maple Ridge-Pitt Meadows corridor have nearly doubled. 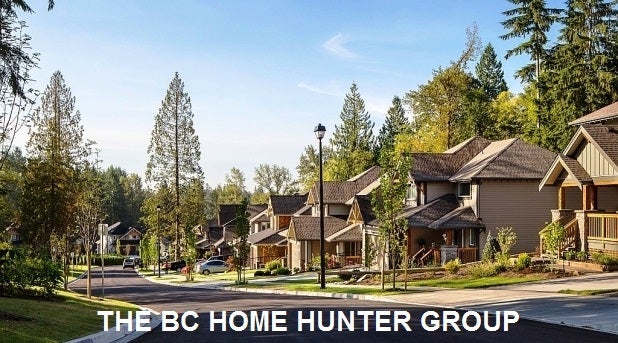 Maple Ridge is also catching the attention of the high-tech community, said Rochelle Grayson, board member and acting president of New Media BC.
“This includes a lot of small companies that are virtual, agile and mobile. A lot of them are flexible but they want a hub where they can connect with other people with similar ideas.”
This “creative class” likes being involved in sports and being active but wants a small-town feel with a strong centre, she explained, and Maple Ridge stands primed to be that hub.
“I was impressed with the strong sense of community in Maple Ridge. These people want work-life balance and they don’t want to wait until they’re retired to get it,” Grayson said.
An example of how Maple Ridge is business-friendly is the unique BizPal software package, developed with the province and the federal government. BizPal is an online permit and licence service that helps entrepreneurs start up faster, explained Maple Ridge Mayor Ernie Daykin.
Entrepreneurs can use BizPaL to receive a personalized list of the permits and licences needed to establish and run their businesses. It’s designed to cut through the paperwork burden small businesses face, said Daykin.

“Park-like”
Vancouver homebuyers and investors are often surprised at the geography of Maple Ridge when they first visit. Unlike the flatter Fraser Valley, Maple Ridge has an undulating landscape that allows terrific views, she said, and the Fraser River – right at the foot of downtown – adds to the “park-like setting.” The community also counts extensive parklands, such as the Kanaka Regional Park, and public access to lakes, the Fraser River and the Pitt River are among the reasons the area is attracting both young families and aging boomers.

Our advice to would-be homebuyers and investors: get in now because Maple Ridge will not continue to be undervalued.