Our real estate team at THE BC HOME HUNTER GROUP constantly preach the benefits of low taxes, co-operation from local and provincial governments and excellent amenities to attract and keep both business and residents in any city or community. Chilliwack continues to wow businesses, investors and residents alike.
You will never see that in Vancouver or the metro cities or communities, just the opposite they most often punish businesses, investors, developers and home owners with astronomical taxes and their own political agendas that always redistribute revenue.

If you’re a developer mulling over a location in the Lower Mainland for a new commercial building, numbers published last week by the Commercial Real Estate Development Association (NAIOP) suggest that Chilliwack is one of the cheapest and most expedient locations to build when it comes to cutting through the red tape.

The Lower Mainland’s overall commercial vacancy rate has been climbing since 2012, and has reached 9.7 per cent, according to NAIOP’s 2014 commercial development “report card,” which predicted that trend will continue.

To come up with the numbers, NAIOP sent 20 municipal governments in the Lower Mainland a mock office development scenario seeking to build a two-storey, 50,000-square-foot, Class B office building on one hectare of land. The building costs were listed at $132 per square foot, for a total of $6.6 million. 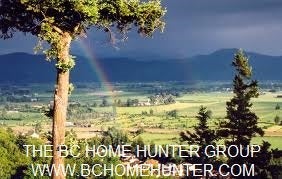 Chilliwack was the only city to appear at, or near the top, of each of three lists: municipal fees, timing and property tax (mill) rates.

Vancouver finished 20th overall with a municipal fees totalling $801,860 — a 296-per-cent jump over 2000 numbers, according to NAIOP. The mayor of Vancouver and his merry band are definitely not user friendly and though the math might mess with your head it won't lie to you.

Chilliwack, along with Surrey, was named the quickest at issuing building permits, reporting a 90-day period from application to permit issuance, while Chilliwack was also listed as the municipality with the lowest tax (mill) rates, at a 2.02 commercial-to-residential ratio. (NAIOP cites the ideal median commercial-to-residential tax ratio as three-to-one.) Our real estate team have been in real estate a very long time with even long memories and we have always been huge fans of our beloved Fraser Valley and the lower mainland. We also understand basic economics and the effect that traffic patterns and growth have on infrastructure. Our own annual report card gives Surrey and Chilliwack both A's.

Pacific Land Group’s Christopher Correia worked on the report card. He said in an interview that it aims to “provide clear certainty of what municipalities expect or provide in terms of their development timing, their costs for development.”

It should give developers a good sense of how municipalities are adapting from year to year and competing for development projects, he said.

Certainty tends to be what developers are looking for, Correia said. “It’s pretty good from a developer’s point of view if costs are going to stay within a reasonable range. If taxes are not going to shift around, then that’s great for the developer’s operating books.”

He said they also like to see municipalities that are willing to change if it’s clear that they are chasing away business. In some cases, municipalities are “losing out to other municipalities, so they need to do something to either make it easier to develop in terms of the process for the application review, or [find a way] to decrease costs somewhere,” he said.

Chilliwack Mayor Sharon Gaetz said her city’s quick turnaround time for commercial building permits has been a priority. “Our City Council has really impressed upon our staff the importance of getting those permits through and getting the information to council quickly so we can approve development in our community. Time is money.”

She said 87 per cent of Chilliwack residents “work, play or shop” inside the city and they will need more commercial development to maintain those numbers.

“We’re really trying to keep our community compact, and have our people working closer to home,” she said, highlighting the city’s downtown revitalization plan, which will include erecting a mixed-use building on a 1.7-hectare parcel in the downtown core. Gaetz said the previous building on Young Road had become derelict and troublesome.

Most of the interest from developers has been focused on industrial land, she said. The city’s proximity to rail networks, Highway 1 and the U.S. border has helped to stoke that interest, especially when the benefit of Chilliwack’s location is combined with its low property tax rate and reasonable fees, she said.

“We’re finding that our industry is burgeoning,” she said.

Demand for more office space hasn't yet surged, Gaetz noted. “We still have a lot of commercial land that is available for people that wish to set up an office here. We’ll have even more when we develop the core of our downtown.”
If you or anyone you know is considering buying or selling any real estate in our beautiful British Columbia don't hesitate to call or email our real estate team with your questions or concerns, 604-767-6736. 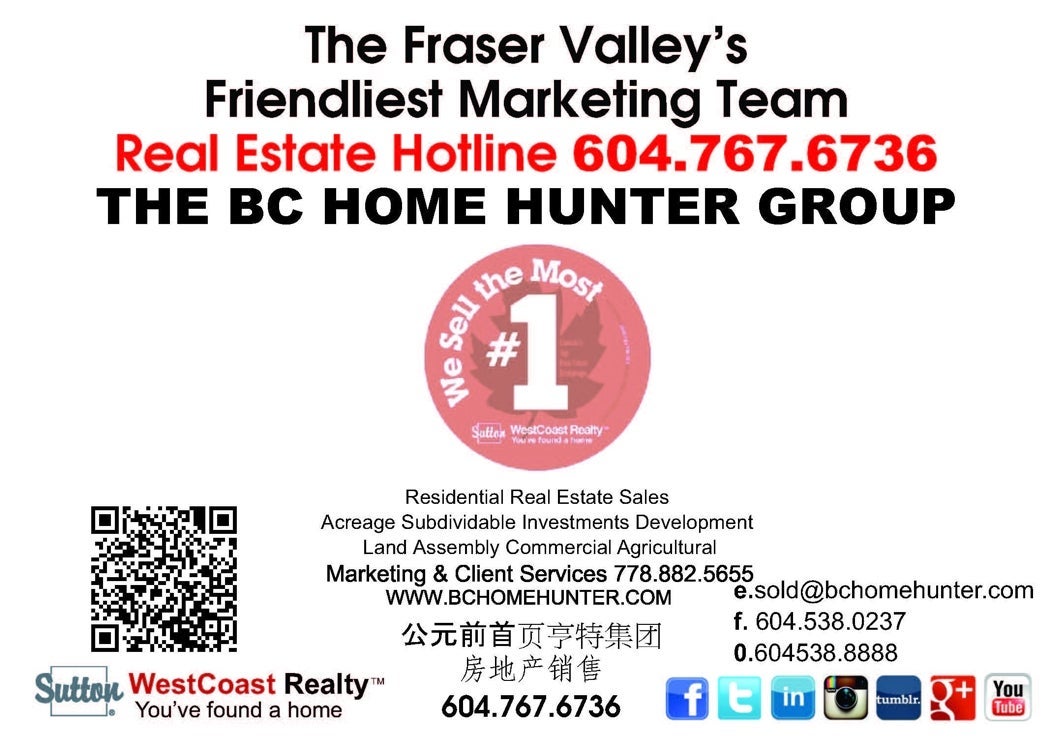