Metro Vancouver Commercial Real Estate & How It's Affecting You

(September 30, 2014 )
Our real estate team at The BC Home Hunter Group have been speaking to the issues of Metro Vancouver is evolution as an offshore investors paradise which has contributed significantly to the meteoric rise in residential home and property values everywhere.

In 2005 we wrote an article drawing the growing comparisons with the luxury home and car sales in Metro Vancouver and Sydney, Australia. Nine years later low and behold those predictions and analysis proved incredibly accurate. If you had followed our real estate investor program starting in 2005 you would have earned a staggering profit nearly anywhere in the GVRD.
Commercial real estate values and leasing is a very important metric within our forecasting and analysis logarithm. Jobs and income versus debt. If one were to compare those pure numbers in Calgary against Vancouver, Calgary has and will continue to put Vancouver to shame as Calgary and Alberta's economics are based on industry not lifestyle or offshore residential investors.
Below is an article highlighting the lower mainlands future retail sector growth and in particular the luxury brands growth continuing what we have already witnessed in Metro Vancouver.
With a newly rebounding retail sector, Vancouver is gearing up to enter the shopping big leagues in 2015.
“After a number of years of sluggish growth, retail sales in B.C. have made some impressive gains recently,” says Ken Peacock, chief economist at the Business Council of B.C.

Retail sales jumped 3.4 per cent in the second quarter of 2014, BC Statistics reports.

The new numbers come just in time for a retail revolution in the region as three malls undergo development and several up-scale stores prepare to crack the local market.

The new store openings are part of a cross-Canada trend rather than a uniquely Vancouver phenomenon, says Colliers International in its 2014 Spring National Retail Report.

“Retailers from around the world continue to open new stores in Canada, seemingly undaunted by the missteps of some who preceded them.”

A long-planned Target at Oakridge Center — replacing a former Zellers store and the sole outlet planned for Vancouver proper — eventually will open as part of Oakridge’s broader redevelopment, taking place in 10 or 11 phases over the next decade, with a first phase to be completed in 2019.

That redevelopment promises a variety of new stores for the Cambie Street mall, plus an outdoor High Street.

Then, in the fall, Vancouver will see a Maison Simons open as part of Park Royal Mall’s redevelopment.

Saks Fifth Avenue, owned by The Hudson’s Bay Co., also has expressed interest in Vancouver but will unveil its first two Canadian outlets in Toronto in 2015.

Meanwhile, Versace Home is opening a flagship store in Gastown this fall.

Retailers may be viewing Vancouver optimistically because earlier this year, Pacific Centre Mall was named most productive in North America, according to Retail-Insider.com. Oakridge Mall also made it onto a top-10 list.

Also, recent statistics show Canadian average household net worth has surpassed that in the U.S. 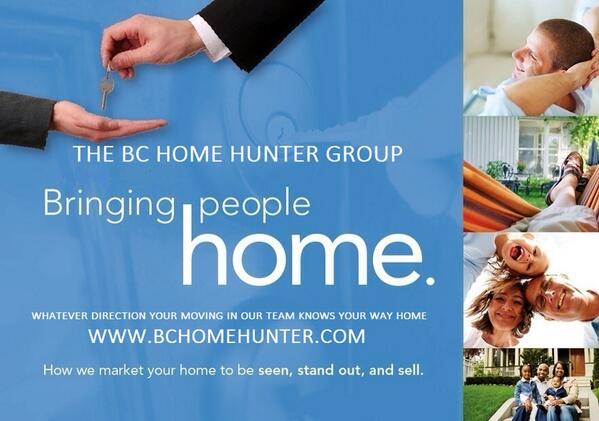 If you have any real estate questions, would like to know what your home or property are worth or subscribe to our bi weekly "Truth About Real Estate" newsletter just call or email our team any time, 604-767-6736.
blog comments powered by Disqus