White Rock By The Sea - Your BC Home Hunter Neighbourhood's

(March 21, 2014 )
WHITE ROCK BY THE SEA-
White Rock is a beautiful sea side city that lies within the Metro Vancouver regional district. It borders Semiahmoo Bay and is surrounded on three sides by ultra desirable South Surrey. 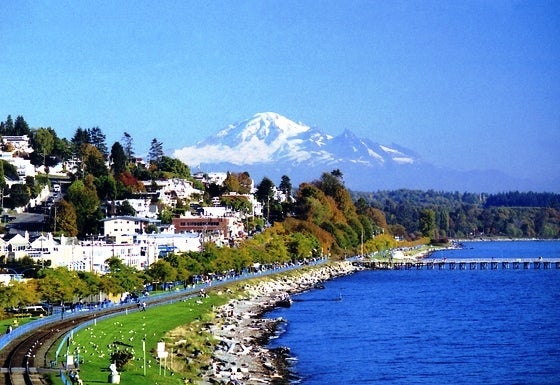 To the south lies the Semiahmoo First Nation, which is within the city limits of Surrey. Semiahmoo Bay and the Southern Gulf Islands in the Strait of Georgia are also to the south. Residents and real estate investors have long known that the White Rock and South Surrey areas are truly a diamond in the crown that makes up our spectacular lower mainland. Recent articles in national and international publications decrying White Rock as one of the most under rated areas to live and invest in Canada.
Average Home & Property Price, Residential Detached- Prices (average) range from approximately $750,000 and going up to $900,000. Which is approximately $500-$740,000 "less" than the benchmark average price of a detached home in the city of Vancouver area.
Parks: Centennial Park, South Meridian Park, White Rock Park, and Southmere Village Park

Business Centers: Peace Arch District Hospital, City Hall and Library
Parks: There are a countless number and variety of parks in White Rock and its neighbour South Surrey has endless parks and a fabulous variety of sports and recreation facilities.
The boundaries between White Rock and Surrey are Bergstrom Road (136 Street) to the west, North Bluff Road (16th Avenue) to the north, Stayte Road (160 Street) to the east, and 8th Avenue to the south. The area south of 8 Avenue from Stayte Road westward to where 8 Avenue meets the water is the Semiahmoo Indian Reserve and lies within the bounds of the City of Surrey (though it is governed separately). The extremely sought after Surrey neighbourhoods of Ocean Park and Crescent Beach lie immediately to the north west.

White Rock has a moderate climate, with average daily high temperatures of 23 degrees Celsius in summer and 6 degrees Celsius in winter. Pilots accustomed to flying around the area often refer to it as 'the hole in the sky', referring to the fact that White Rock is often bright and sunny while the rest of the Lower Mainland is covered by cloud.

White Rock is named for a distinctive large white boulder on its beach near the promenade, a glacial erratic that migrated south during the last glaciation. The 486-ton granite boulder was kept white by shellfish-eating sea birds whose guano covered the rock, so much so that 19th-century sailors used it as a beacon. However, it is now kept white through monthly applications of white paint by the city parks department, and has been a popular graffiti target for over thirty years. 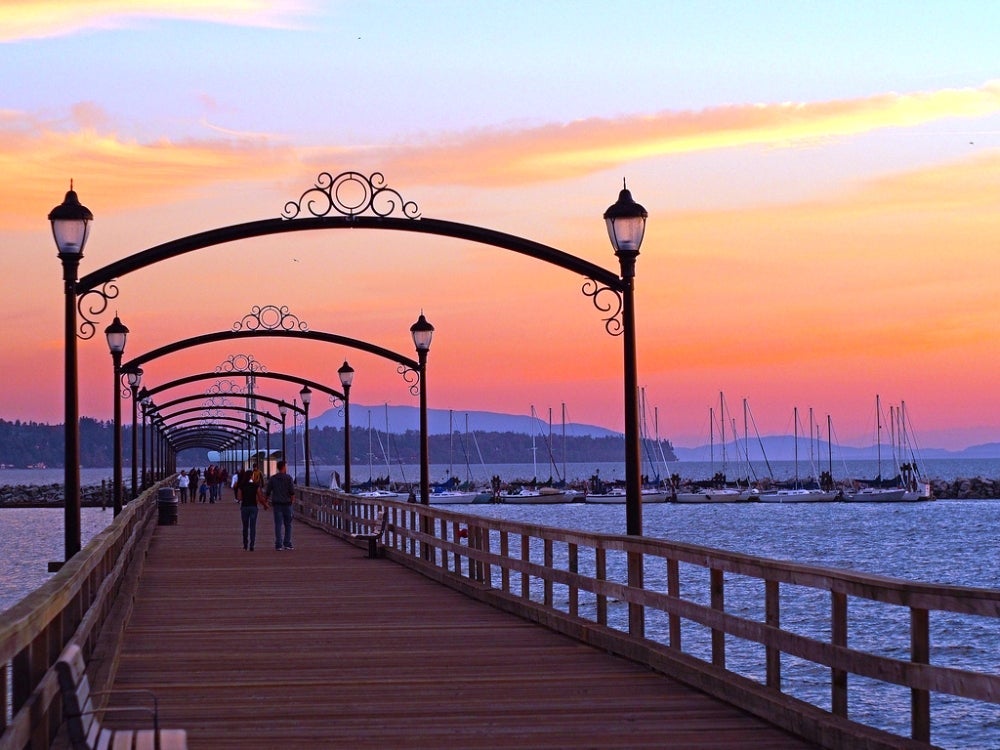 The world famous pier and promenade are popular destinations and are packed with both locals, tourists and lower mainland residents in the warmer months, but do not allow dogs, bicycles or skateboards. These areas are very busy during the warmer summer months, especially when it comes to line-ups for gelato or fish and chips.
﻿
blog comments powered by Disqus