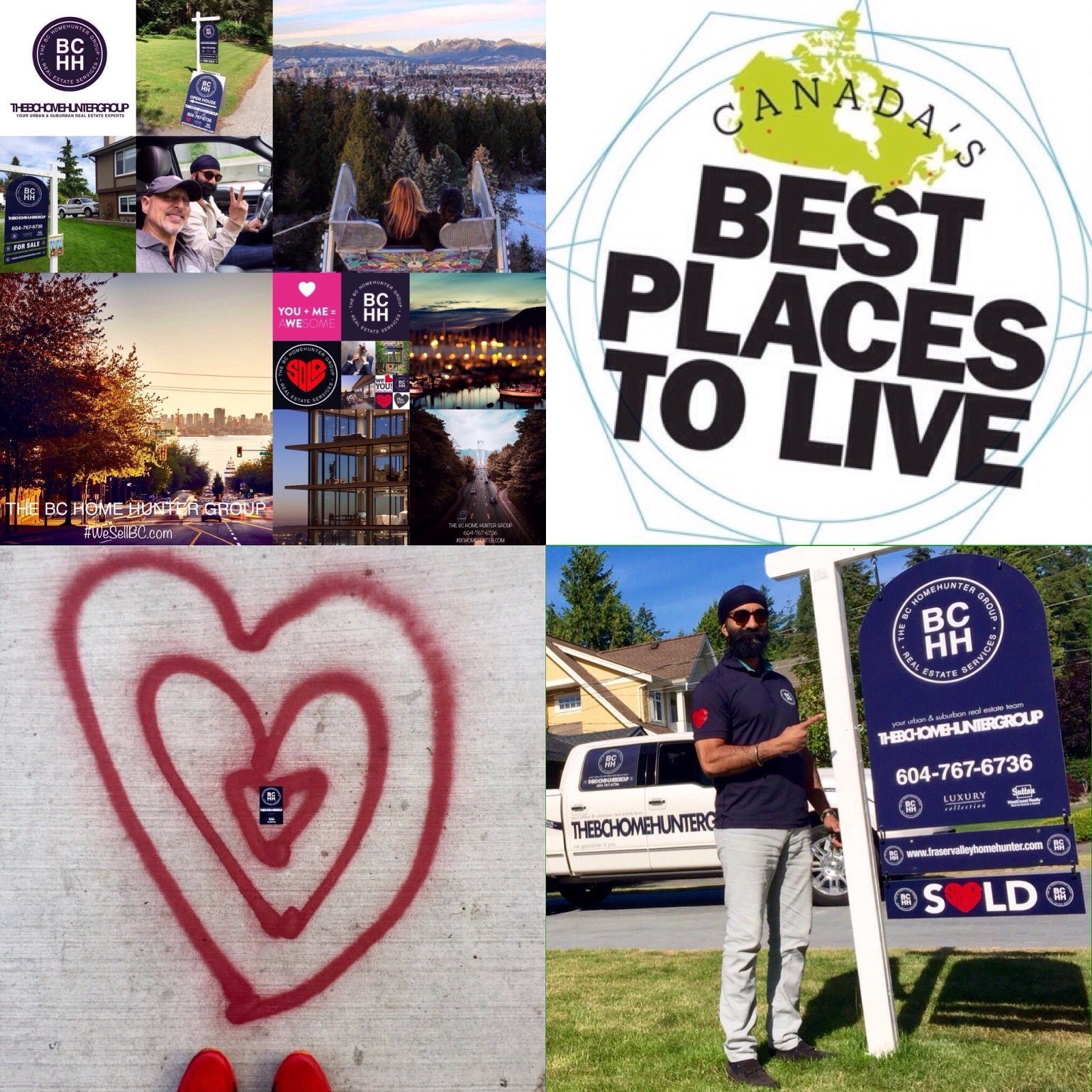 It’s that time of year again – the time when Vancouver's real estate mental health issues shine louder than ever.
Yes folks it's time for left leaning Demographia to trot out its annual virtue signalling affordability report, again announcing Vancouver is in the top three least-affordable real estate markets in the world (like we didn't know that already?). The only reason BCHH is addressing it is that the usual suspects, main stream media, far left NGO's with their collective hands out, every radical alt left politician and dipper love to use it as another battering ram in an effort to attack tax payers, homeowners and businesses. In an effort to acquire and sprinkle your hard earned taxes and other money like its ferry dust on urban voting centres. So here is the BCHH truth about real estate read, enjoy the boring but nonetheless, we think, important ride.
The study compares local incomes with local home prices, and by that measure our city does very badly indeed – third only to Hong Kong and Sydney in the unaffordability rankings. However, in real life, this is a highly inaccurate measure of housing affordability.
In your monthly expenses, what actually matters to you in terms of affordability? The total price of your home? Or the payments you have to make on your mortgage, coming out of your heavily taxed paycheck? The latter, right?
The income-to-home-price measure doesn’t work because the vast majority of people – even first-time buyers, and especially those further up the property ladder – do not buy a home with only their income. They put down a down payment and then pay off their mortgage with their income. And by the way, the average new mortgage in Metro Vancouver in 2016 (the most recent data, released August 2017) was $438,716 – in a year when the average home sale price was $1.02 million.
This price-to-mortgage gap is largely because around 70 per cent of all real-estate purchases are made by non-first-time buyers. That is, people who are selling a home to buy the next one, and therefore already have equity to offset against the cost of their new mortgage. The higher real estate prices have risen, the more equity they have to set against the new home price – which means their new mortgage doesn’t rise according to prices.
Add into that money flowing into locals’ pockets from things like inheritance (often from the high-priced sales of local homes) and generational wealth transfer from Baby Boomers freeing up millions in equity, and you often get situations where Metro Vancouver, North Shore, Fraser Valley (and across British Columbia) locals are able to 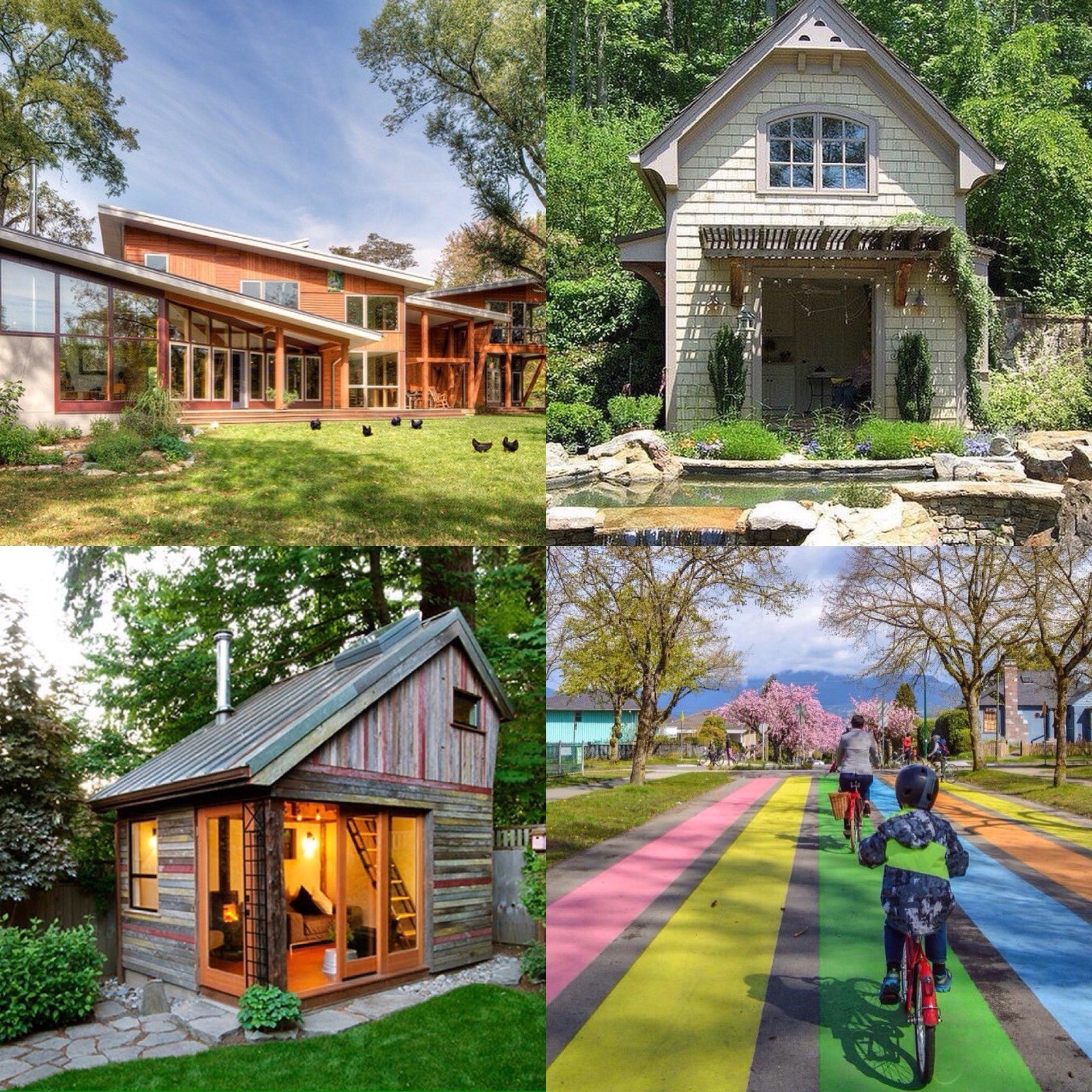 afford homes because of the high prices, not despite them. (Lazy millennials that know nothing of the 20 percent mortgage rates and recession of the late 1970's and 1980's tapping into the Bank of Mom and Dad are a classic example of this.) And around 50 per cent of hard working, tax paying Metro Vancouver homeowners have no mortgage at all, and they are sitting on billions upon billions in equity. This unaffordable real estate market has made many local people very wealthy - AS IT SHOULD! Don't let the guilt tripping new age socialists tell you otherwise.
Some buyers – again, the very wealthy around the world, of which Greater Vancouver has many – don’t use their incomes at all to buy a home. They simply pay with cash (as they do everywhere on planet earth) and don’t have any mortgage to pay off. These people might not even have an income – or a local income anyways – but their home purchase still contributes to the house price statistics. By measures such as Demographia’s, their income-to-home-price ratio is dire, and yet it’s not a problem for them to afford that home - never seeming to consider the issue of increasing their income by making more responsible choices. No, it's all your fault tax payer and you should outright pay for or subsidize their problems with your dollars.

Also remember, that the median home price in this measure includes any and all high-end homes that might be bought by people with overseas incomes. And yet the median income being used to compare is local incomes only. So it’s apples and oranges.

And you don’t even have to be rich to be enjoying affordability. What about the retired person on a tiny CPP income, who has lived in a West Side house for 40 years and paid off the mortgage years ago? They, too, contribute to our city’s high prices by selling up for millions and buying another home with the proceeds (again, often all cash). Their income is negligible but they can well afford a pricey home.

The BCHH metric:
So how would you get an accurate measure of affordability? Well, it’s tricky, but a key improvement would be to use the median or average new mortgage being taken out on Metro Vancouver homes (as opposed to home 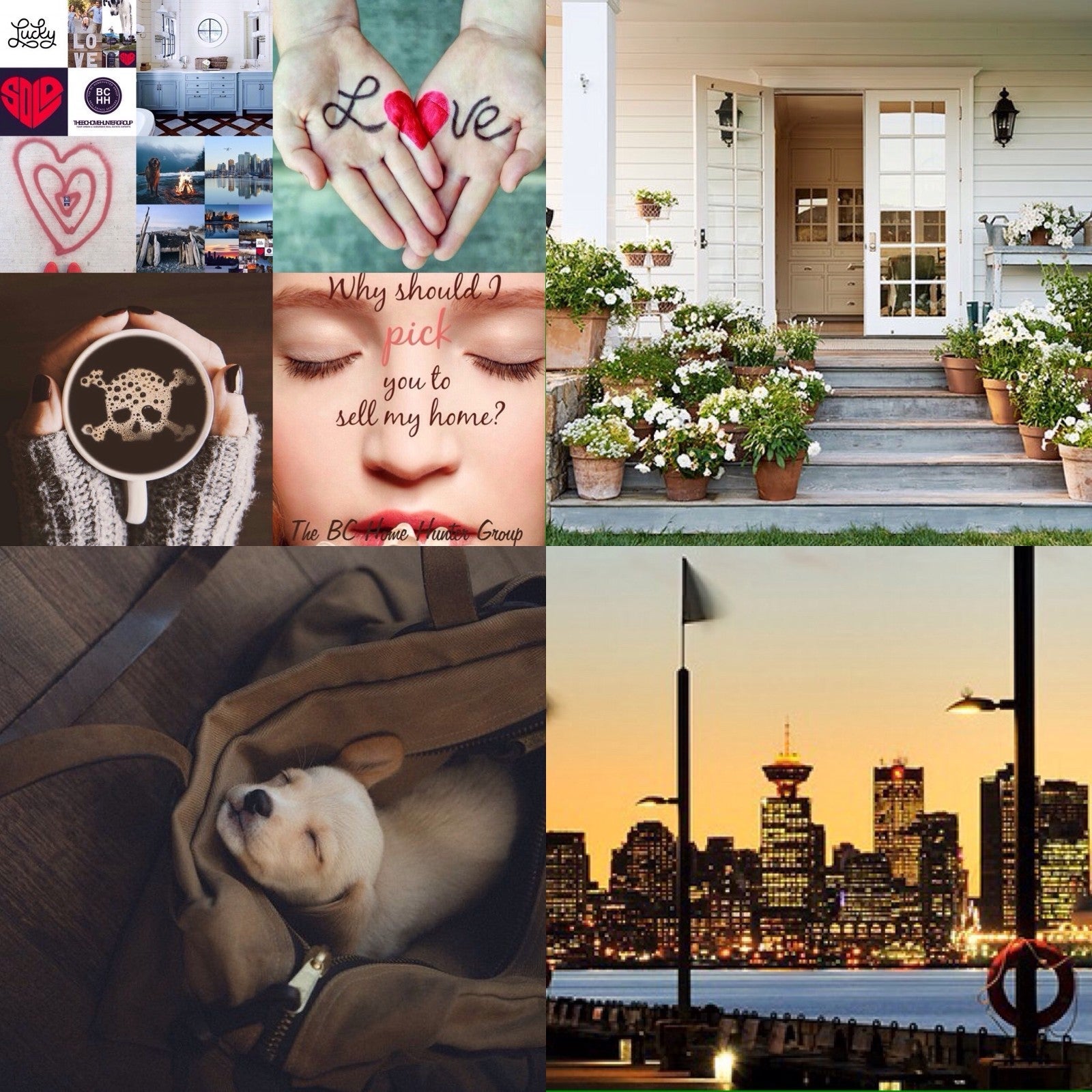 price), and compare that figure with median incomes.
The average $462K mortgage mentioned earlier is still steep for a family on a median $73K local income, as the repayments would be about 36 per cent of income, and what is deemed “affordable” theoretically stops at 32 per cent. But it’s clear using average mortgages puts a very different perspective on what locals are able to “afford” than Demographia’s measure.

OK, so let's say we at BCHH agree a lot of locals are able to afford homes despite the high prices, for all the above reasons. We know it's true because, well, we sell a heck of a lot of real estate. But Demographia uses the same measure for all cities in the study, and we’re the third worst in the world, so that’s still pretty bad, right?
Well, the study is also highly inaccurate in terms of global city-by-city comparisons, for two reasons.
Apples and oranges

First, Demographia doesn’t take into account massive differentials between cities. What about home prices per square foot, for example? Vancouverites enjoy much larger homes, on average, for the prices that we pay, compared with other cities on the list that are deemed more “affordable.” Vancouver’s median condo price per square foot is a steep CAD$998 – but in central London it’s CAD$2,732 and in Manhattan it’s $2,297, according to MLA Canada’s latest research. Yes, those two cities also have higher median incomes, both in the $90Ks as opposed to our $73K, but that no way offsets that price-per-square-foot difference. If you still think Vancouver is less “affordable” than those cities, try buying a 300-square-foot condo.

What about interest rates? In Canada, rates are still very low, whereas in other countries studied they may be much higher, and therefore mortgage payments more onerous, but Demographia doesn’t factor these in. And what about other housing-related costs, such as transport and proximity to the city’s core? Economists widely agree that transport costs should be factored into all affordability studies, and homes in Metro Vancouver on average are much closer to the city’s core than other major global cities, especially our high-priced homes. 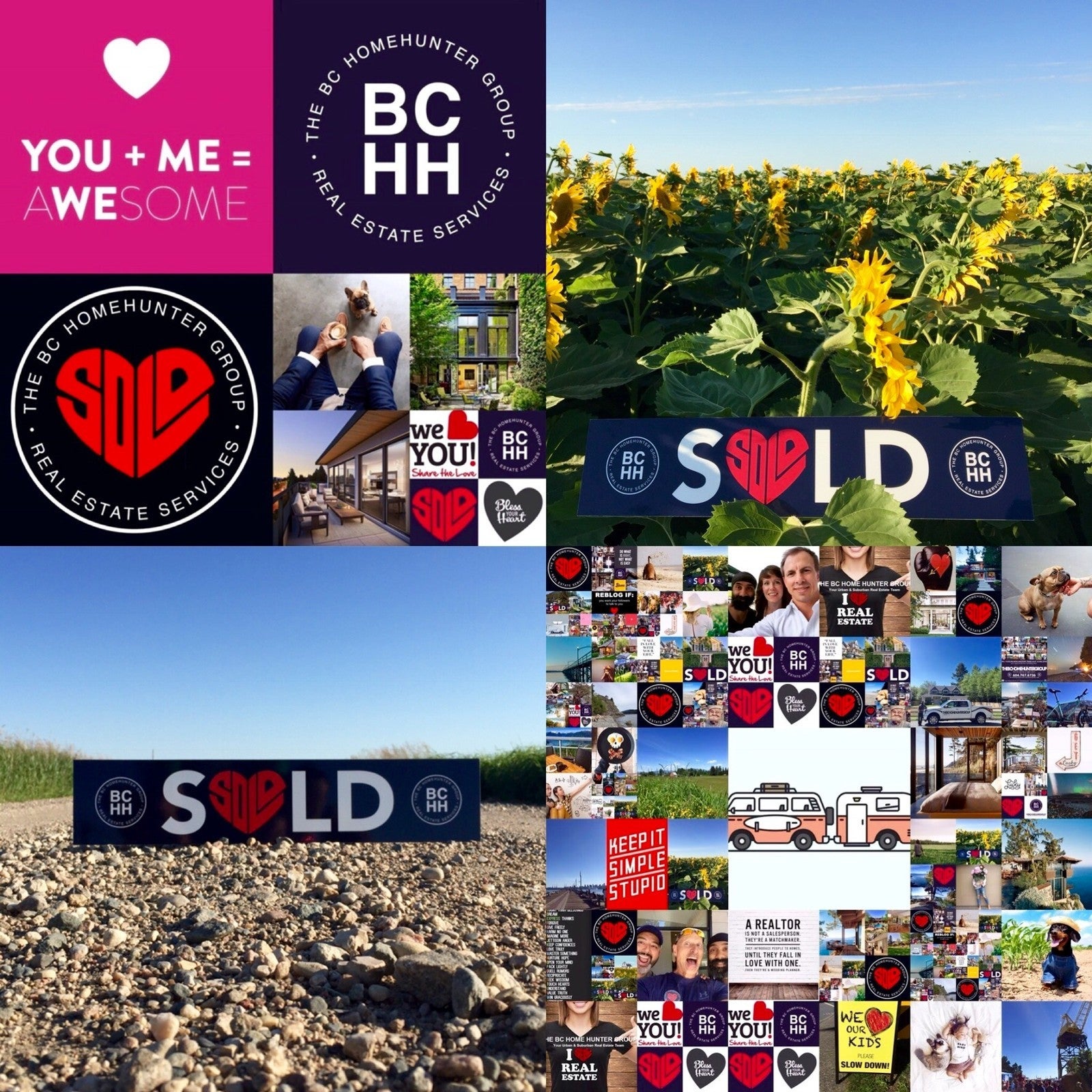 Again, not factored in.

The second major problem here is that Demographia only studies the affordability of cities in nine countries. Nine, out of the 180-plus countries in the world. Paris, for example, is an incredibly pricey city for real estate, averaging around $1,500psf for a condo – and is not included in the study. So it's not exactly exhaustive.

Now, please don’t get me wrong. Of course Vancouver is a very expensive city for real estate (note “expensive,” which is not the same as “unaffordable”). And for all those many people not fortunate enough to afford homes here, as they don't have equity, inheritance or a Bank of Mom and Dad to fall back on, this fact totally sucks – and there are lots of things that should be done about it.

But that is a tale for another day. Phew did you make it to the end? Did you laugh, cry or throw up? Well, if you've made it this far you may be in need of a strong cup of coffee or perhaps even a stiff drink. We can help with the first one so if your considering the sale of your precious home or by chance are buying one don't hesitate to contact our passionate group of real estate nerds anytime for that cup of coffee and a chat, 604-767-6736.
blog comments powered by Disqus